Frank Tjepkema (born 1970) is a Dutch designer based in Amsterdam. He works in interior design, architecture, product design and jewellery.

After growing up in Geneva, Brussels and New-York Frank Tjepkema settled in the Netherlands where he graduated cum laude from the Design Academy in Eindhoven in 1996 and obtained an MA Degree from the Sanberg Instituut in Amsterdam in 1998. Frank’s graduation project on artificial nature drew immediate attention and was selected for the Droog Design collection. His relationship with Droog led to a succession of notable projects like the Do Break in 2000, the award-winning British Airways Executive Lounge at Heathrow in 2004 and the Chair of Textures presented during Art Basel Miami Beach 2006 (a Droog project in collaboration with gallery Friedman Benda).

Frank started Tjep. in 2001. In parallel to leading the design studio, Frank Tjepkema provokes audiences worldwide through his art and exhibition pieces, such as the Recession Chair, Bling Bling and Oogst. Frank’s work can be found in the world’s most influential galleries including Tajan in Paris, Droog in Amsterdam, and in major design exhibitions such as the Museum fur Kunst und Gewerbe in Hamburg, the Centre Pompidou in Paris, the Cooper Hewitt and the Museum of Art and Design in New York. “I seek to create a body of work that reflects contemporary society, the times we live in. These pieces can have a certain irony yet are created with love for the subject. My more engaged and artistic approach to design can be found in gallery pieces and in the Tjep.collection. Tjep.studio is aimed at working with a broad range of clients to create outstanding design projects infused with Tjep. soul.”

Frank has lectured at many design academies in the Netherlands and abroad including the Design Academy Eindhoven, the Rietveld Academy in Amsterdam (Head of Department from 2001-2004), Universidad Iberoamericana Mexico City, Iceland Academy of The Arts Reykjavik, and The Acadia Summer Arts Program Maine USA. He has also lectured in Japan (Nagoya Design Center), Malaysia, Spain and Hungary. Frank Tjepkema has been an invited speaker at major conferences such as Design Indaba (twice), What Design Can Do and Singapore Design Challenge 2050. 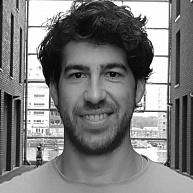 Italo-Argentinian Designer based in Holland. Finished my bachelor degree in product and communication design Faculty of Design and Arts in Bozen in july 2011. Previously gained experience with Maarten Baar a.o. 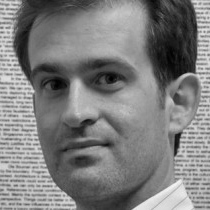 Architect, engineer and designer. Studied at the University of Technology of Delft where he teaches architecture, building technology and urbanisme. Founder of office 4 Radical building. 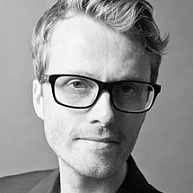 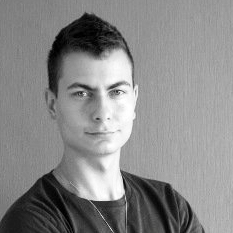 We are happy and proud to have been recognised by a diversity of awards during our history.