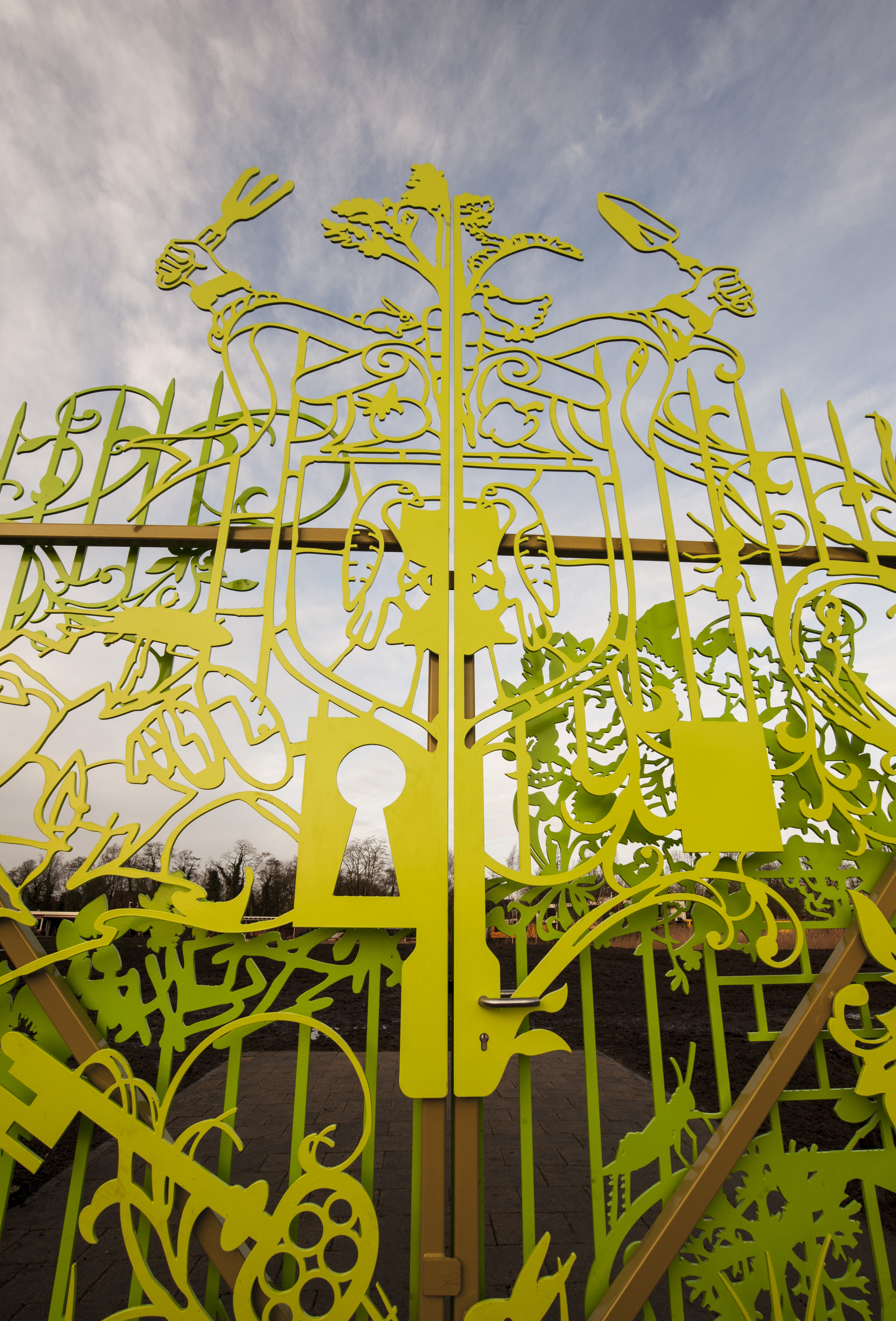 This amazing area deserved a design that paid homage to the unique context, but also brought a new influence to the place.

Opened on Wednesday 11th February, the Aemstel Schooltuin (school garden) replaces the Dr L. Alma Schooltuin which had been used by children since 1959. The new working-garden, where over 500 school children aged 9 to 11 will learn about nature and grow their own plants, is situated on Kalfjeslaan, Amstel – a picturesque place steeped in rich cultural history.

Tjep. had the honour of being asked to create two new sets of entrance gates to the garden, a project commissioned by Stadsdeel Zuid, the Amsterdam South City Council.

Two sets of monumental gates will guard both approaches to Aemstel Schooltuin and add a contemporary element to this historic area. Settled next to the Riekermolen, built in 1636, the area has a long history of natural beauty appreciated by none other than Rembrandt himself. His statue sits next to the new school garden, frozen in the act of painting the famous windmill. One set of gates will mark the entrance from Kalfjeslaan, and the other will sit on the route from Amsteldijk. 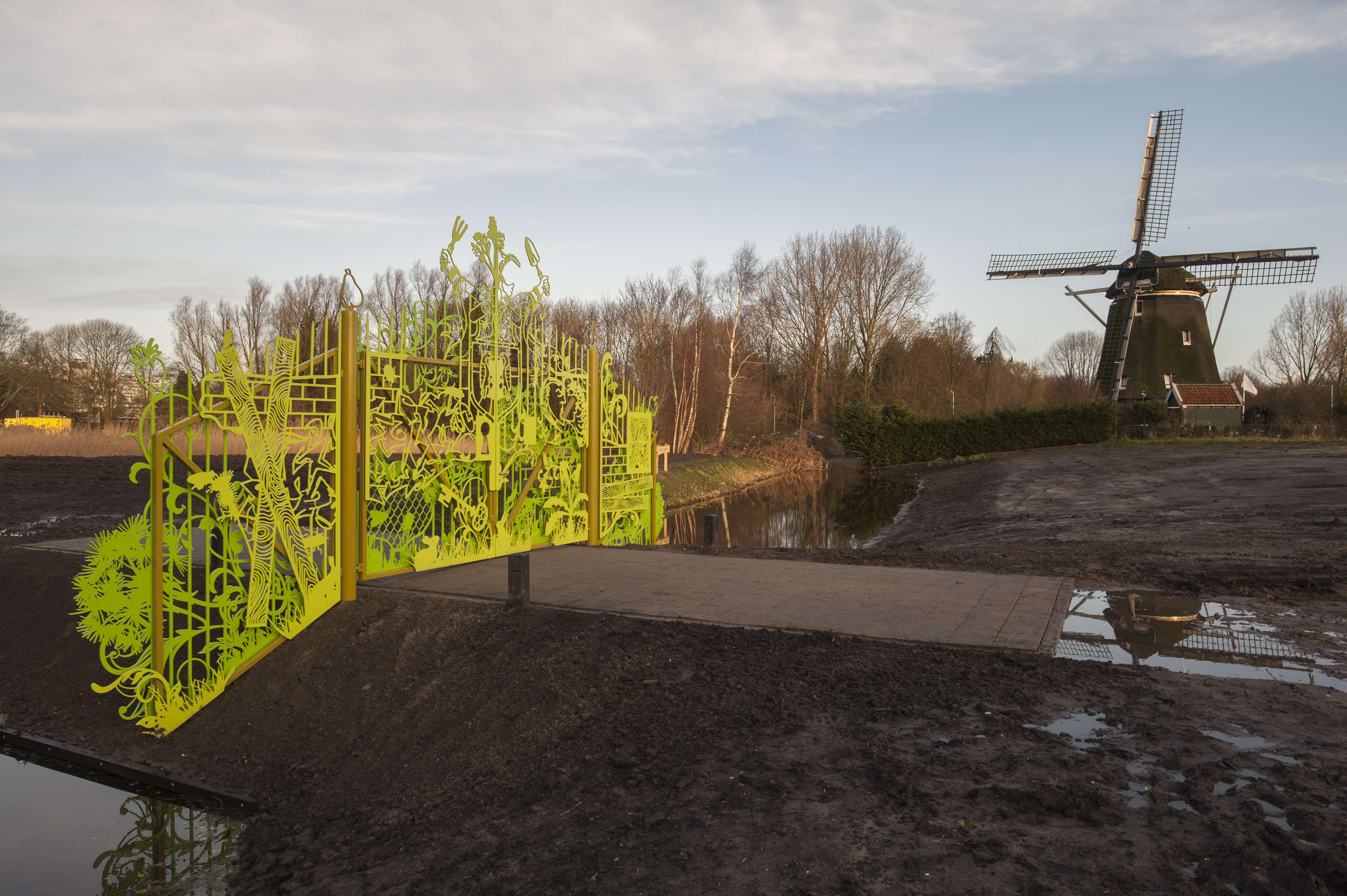 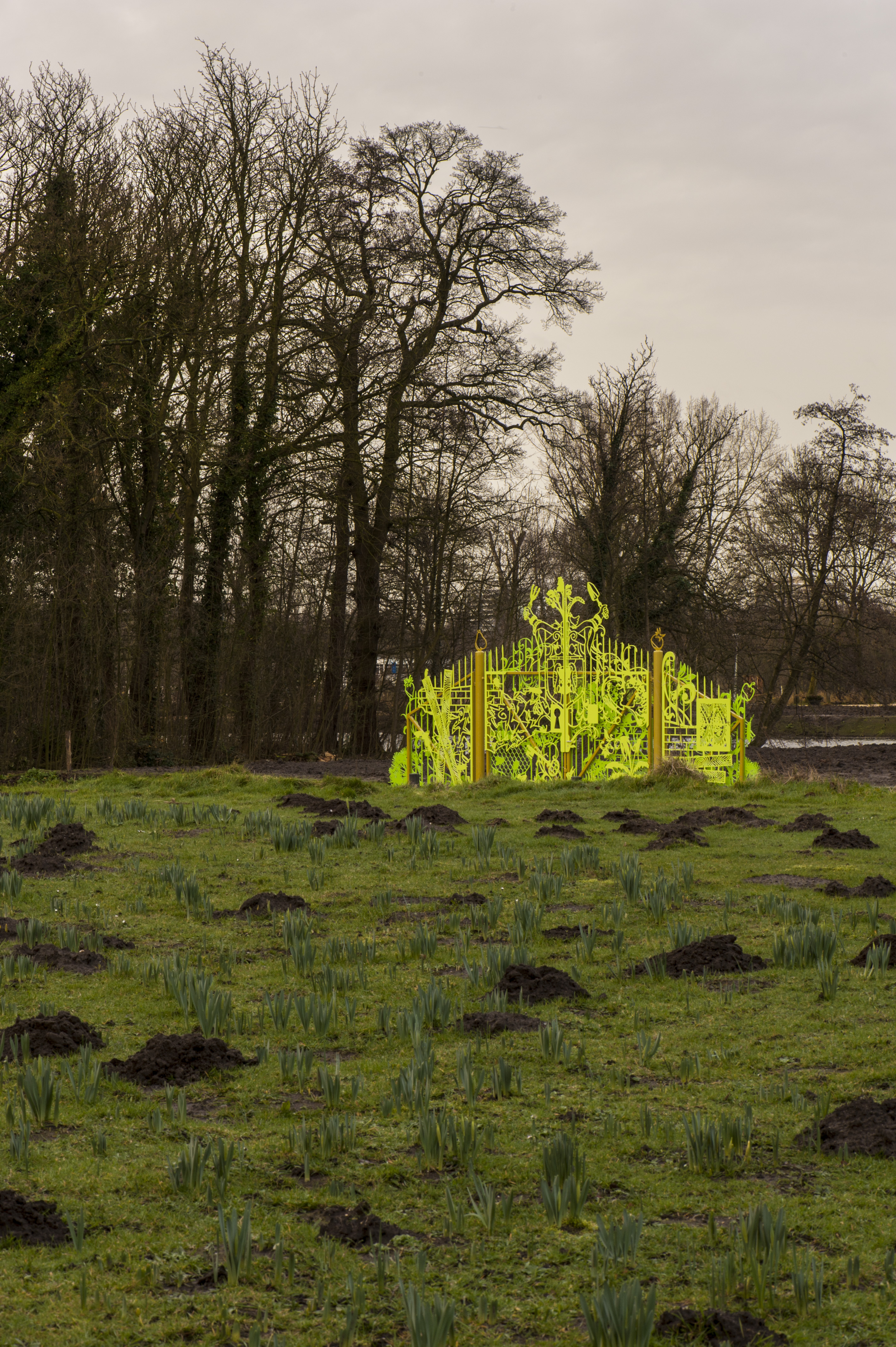 “This amazing area deserved a design that paid homage to the unique context, but also brought a new influence to the place.” Says Tjep. founder and lead designer, Frank Tjepkema. The design integrates references to the lush flora and fauna of the surrounding environment, classical era elements with a contemporary urban graffiti construction. Frank Tjepkema states that “a strict functional requirement was that the gates would stop those notorious plant criminals, rabbits – which we do through tightly woven patterns at the bottom. When constructed, these gates will stand at eight meters wide and four meters tall and become a portal, ushering people from the urban Amstel to the historic landscape beyond. I hope children and others will feel some anticipation, some excitement, as they pass through the gates to discover the verdant wonders of nature.” 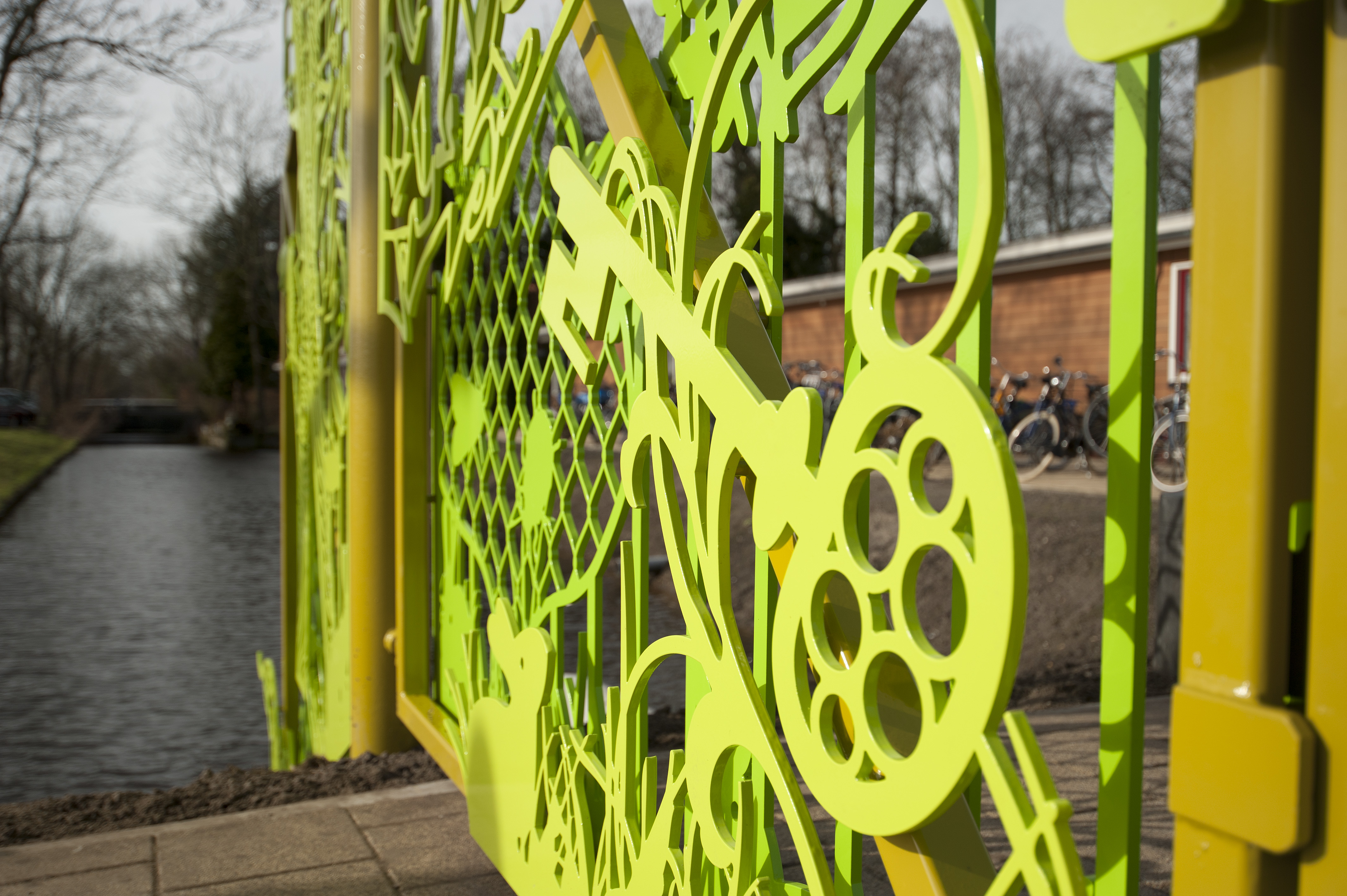 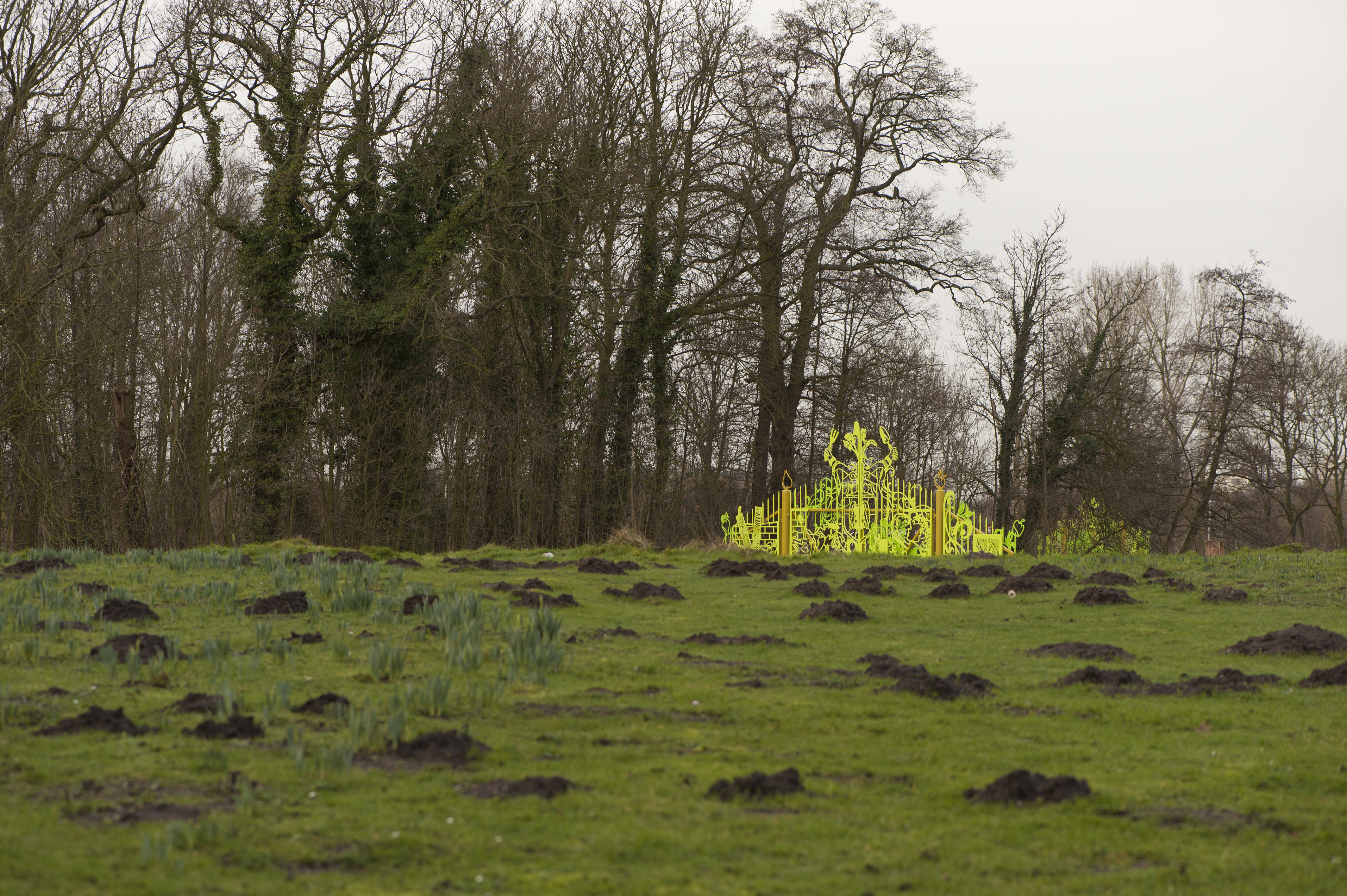 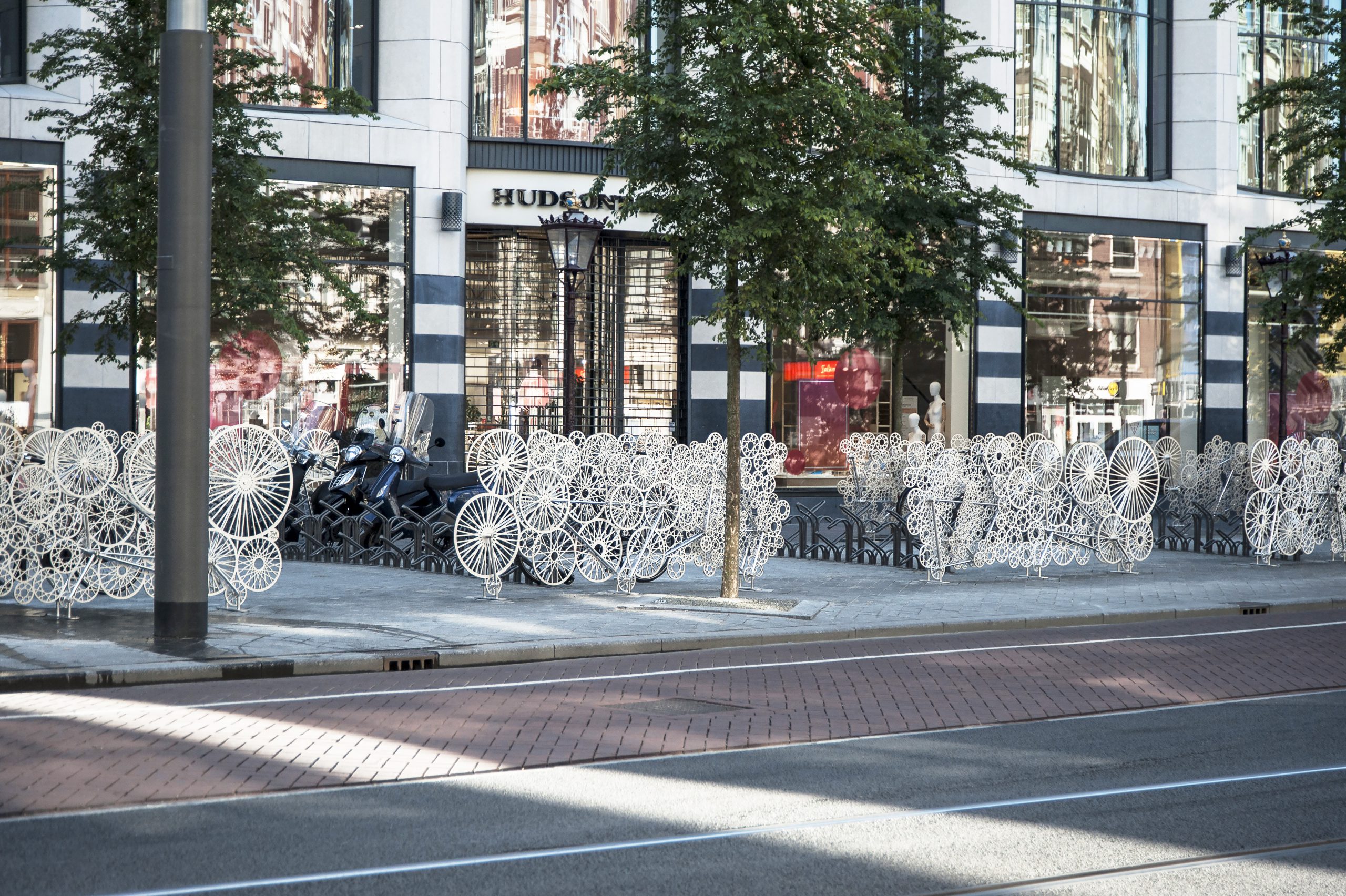