After winning an initial invitation only pitch, Tjep. has now finished a complete redesign of the actor’s foyer in the Zaantheater.

“Zaantheater a modern building and we felt it could benefit from stronger connections to the grand heritage of theatre. To this end, we’ve developed an approach that presents both traditional and modern features.”

Upon entering the foyer actors are now greeted with an impressive chandelier that forms a grand visage from the great masks of Tragedy and Comedy. The chandelier uses 1200 Swarovski crystals to create a truly modern homage to the tradition of stage and screen. Along the walls, custom-made wallpaper harks back to the golden age of theatre with images from 17th century, whilst luxurious leather Chesterfields flank the diameter of the room, with  deep red ‘stage’ curtains.

“We wanted a space that celebrates theatre and also creates a relaxing environment in which actors and performers can rest and be inspired. Central to this project is the chandelier, a digital interpretation of the ancient Greek Tragic Comic Masks. The two expressed emotions are seemingly morphed into each other.” Says Frank Tjepkema. 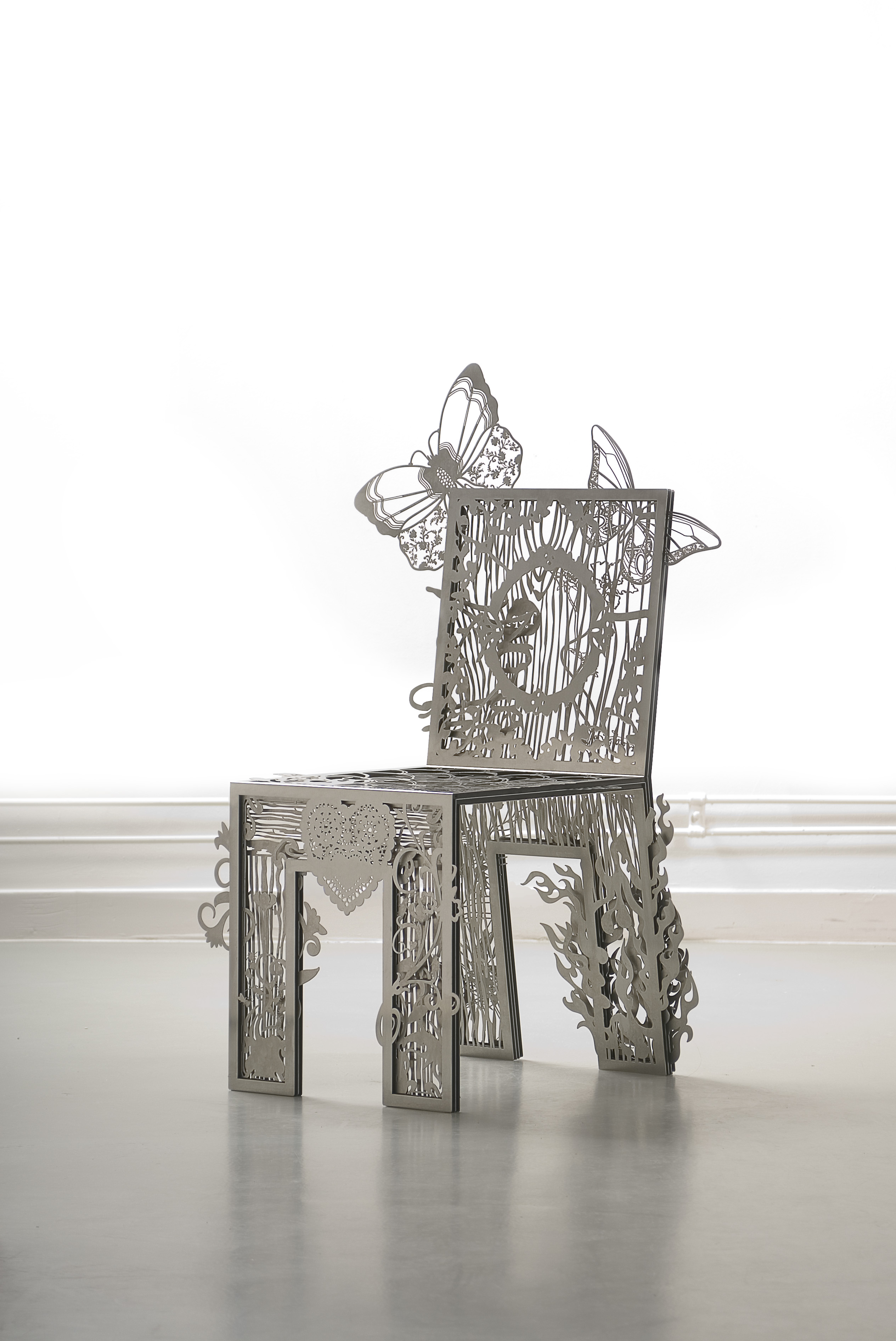 Next Chair of textures